Malayala Samacham is the Extension activity of Malayalam Department . It gives opportunity to the students to develop their skills such as aesthetic sense, reading habits, academic excellence and research aptitude. It aims to gain a mastery over language and vocabulary by creating a platform for discussion and deliberation of literature. Malayala Samcham functions productively by conducting various programmes. The objectives of the Malayala Samacham is to plan and implement various programmes in such a way that students feel proud of their mother tongue. It gives awareness to the students about the eminent writers in Malayalam literature and also helps the learner to understand the various facets of life, language and Culture. Dr.Thomas Abraham and Dr.B.Ikbal visited the college for the & quot;Vayanavasantham &quot; - (June 1 to Nov 1) programme. In this programme all the registered students were given prizes as an appreciation.The programme helped to enrich the reading aptitude of students. 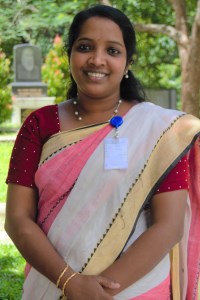 This seminar provided a chance to meet eminent poets.The seminar managed to bring forth a change in the worldview of the students.They were aware of the fact that the more they were absorbed in a book, the more it stimulated their imagination and creativity. Dr. Paul Manalil inaugurated two day seminar. Nearly 80 students from the nearby schools participated in the seminar. The Seminar as a student community development programme helped them to have an outlook towards creativity. Dr. Paul Manalil, Dr.Geetha G Nair, Dr.Sumesh A S and Dr.Sabu De Mathew shared their thoughts with the student
Read More

Vaikom Muhammad Basheer, fondly known as Beypore Sultan, was a writer, humanist, freedom fighter, novelist and short story writer. He was noted for his path- breaking, down-to-earth style of writing that made him equally popular among literary critics as well as the common man. In connection with reading week celebrations Department of Malayalam conducted a presentation of book reviews of Vaikom Muhammad Basheer written by students and teachers. Students’ Talk on Vaikom Muhammad Basheer’sNovels: Ms. AnuSugunan, II B A History (PathummayudeAadu) Mr. Chr
Read More

Malayala Samacham celebrated Vayanadinam on 30 July 2019. Dr. Gireesh Kumar G S, our Principal ,inaugurated the programme and addressed the gathering. Kumaranashan, Vallathol, Basheer, O N V Kurup, Madhavikutty, etc enriched Malayalam literature with their works. Puthuvayil Narayana Panicker (P N Panicker ) is known as the Father of the Library Movement in Kerala. Students were motivated towards reading. It enhanced a culture of reading and boosted up the imagination of students.
Read More

One of the outstanding events in the history of malayala samacham was Ente Malayalam. It was organized in collaboration with the Grama Panchayat and Janamaithri Police of Melukavu . This program focused on the culture of reading.It Provided a chance to meet the eminent Poets and public were given an opportunity to have a cultural transaction through literature. Sri. Anil Panachooran ,Sri.Inchakkad Balachandran and Ochira Utharakkuttan were the guests of the programme. CSI East Kerala Diocese Bishop Rt.Rev.K.G.Daniel, Principal Dr.Gireeshkumar G.S., Sandeep K (SI of Police),Panchayat Members ,
Read More

The Malayalam department started its journey by celebrating Reading day on 23rd June 2015 to spread the importance and relevance of reading. Dr. Joshy Varghese inaugurated the program. The program provided the students an opportunity to meet eminent personalities.
Read More

On 8th July 2015 a poster exhibition was conducted in order to give chances to the students to showcase their talents through poster designing. The college principal Dr. Aneyamma Varughese was the chief guest. The programme was a big success.
Read More

Malayalam departmentt organized a Commemoration day of O.N.V. Kurup on 15th Feb 2016. Principal Dr.Aneyamma Varughese gave the keynote address. The college librarian Mr. Vijayakumar S was the chief guest of the programme and he presented a talk on O N V Kurup. It was a platform for the students to know more about the eminent writer. The student representatives of Malayala Samacham’ Kumari Sharlet Joy presented a talk about the contributions of O N V Kurup and Kumari Amala Mariya George recited the poem ‘Padheyam’ of O.N.V Kurup. Students recited and presented reviews on
Read More

On 21st June 2016, the Malayalasamacham conducted Reading day along with the Department of oriental languages. Dr. Jeevankumar K., Associate Professor in English inaugurated the day. 34 students participated in the program and the resource person delivered a talk on the topic "Why We Read?" in order to emphasize the importance of reading among the students. A reading competition was also conducted to find the best reader. A poster exhibition was also held along with this.   Topic: Khasakkinte Ithihasam ( O. V. Vijayan)   First prize: Alby Joseph Second p
Read More

On 11th January 2017, the Malayalam department inaugurated the association Malayala Samacham. It was named as ‘Vaikhareeyam’. Dr. Sabu De Mathew inaugurated the meeting. The Malayala Samacham is a platform for the students to develop and express their hidden talents and skills. Along with this a representation of the poem ‘Sabhalamee Yathra’ by N N Kakkad was also presented.
Read More

Poster Making Competition offered opportunities to the students to showcase their creative skills . The students of 4 departments participated in this competition . Principal Dr.Gireesh kumar G.S was the chief guest of this programme .
Read More

Principal Dr.Gireeshkumar G.S. was the Chief Guest of this programme.
Read More

Department of Malayalam initated a platform, Naduthalam, a departmental gathering which gives opportunity to the students to showcase their artistic talents with friends in front of the public thereby helping them to decrease their stage fear .
Read More

Kavithakkalari was organized on every second Wednesday to inculcate a literary aptitude amongst the students.
Read More